What are the most beautiful poems in English verse? There are many mellifluous, melodic, and pleasingly arranged poems in English literature, so picking ten was always going to be a tough call.

However, for one reason or another – because they are visually striking, or because they put to effective use beautiful sound-effects like alliteration and assonance, or just because they express a beautiful sentiment – we’ve chosen the following ten beauties. Enjoy.

Even so my sun one early morn did shine,
With all triumphant splendour on my brow;
But out, alack, he was but one hour mine,
The region cloud hath mask’d him from me now …

‘Full many a glorious morning have I seen’: Sonnet 33 is, without doubt, one of the more famous of Shakespeare’s Sonnets. It is also one of the most beautiful poems in English.

The extended metaphor whereby ‘sun = Fair Youth’ in this poem is intended to pay homage to the young man’s beauty: he shines as brightly as that heavenly orb. Shakespeare piles on the flattery, though, with extra touches: the sun has a ‘sovereign eye’ and so, by association, has the Fair Youth – ‘sovereign’ suggesting royalty or at least nobility. The words ‘golden’, ‘gilding’, and ‘alchemy’ all reinforce this association with wealth and nobility.

Golden slumbers kiss your eyes,
Smiles awake you when you rise;
Sleep, pretty wantons, do not cry,
And I will sing a lullaby,
Rock them, rock them, lullaby …

Memorably used by The Beatles as the lyrics for their song of the same name on the Abbey Road LP, ‘Golden Slumbers’ is a beautiful lullaby from Thomas Dekker’s 1603 play Patient Grissel, written with Henry Chettle and William Haughton.

This is one of the most soothing and beautiful poems of the Renaissance – and perhaps the best-known Renaissance lullaby, or ‘cradle song’, out there.

3. William Wordsworth, ‘My Heart Leaps Up’.

My heart leaps up when I behold
A rainbow in the sky:
So was it when my life began;
So is it now I am a man …

This poem, lines from which Wordsworth would also use as the epigraph to his longer ‘Ode: Intimations of Immortality’, neatly encapsulates the spirit of English Romanticism in Wordsworth’s declaration that ‘the Child is Father of the Man’: our childhoods are formative times.

But the poem is also an exultant celebration of the beauty of the natural world, here exemplified by the rainbow. Wordsworth observes a rainbow in the sky and is filled with joy at the sight of a rainbow: a joy that was there when Wordsworth was very young, is still there now he has attained adulthood, and – he trusts – will be with him until the end of his days. If he loses this thrilling sense of wonder, what would be the point of living? In summary, this is the essence of ‘My heart leaps up’. Of cloudless climes and starry skies;

And all that’s best of dark and bright
Meet in her aspect and her eyes;
Thus mellowed to that tender light
Which heaven to gaudy day denies …

Perhaps Byron’s best-loved and most widely anthologised lyric poem, ‘She Walks in Beauty’ is quoted in Dead Poets Society as an attempt to seduce a young woman, and it epitomises the Romantic poem idolising (and idealising) a woman’s beauty, as the opening lines (quoted above) make clear.

So, this is a quintessential romantic poem (a male poet praising a woman’s beauty) but also a Romantic poem, belonging to the movement in literature and art known as Romanticism. The mood is of praise for the woman’s natural beauty, and the ways in which her prettiness is in harmony with the natural world of the starry sky and the night time.

Indeed, the key aspect of ‘She Walks in Beauty’ is the contrast between light and dark throughout, and the way in which the woman’s beauty finds a way of reconciling these two apparent opposites. She has dark hair, but a (presumably) lighter skin tone and soft eyes.

Had I the heavens’ embroidered cloths,
Enwrought with golden and silver light,
The blue and the dim and the dark cloths
Of night and light and the half light,
I would spread the cloths under your feet …

One of Yeats’s short masterpieces, this poem is one of his most famous and widely anthologised lyrics: ‘Be careful because you tread on my dreams.’ It’s a beautifully lyrical exhortation to be treated kindly by one to whom one has pledged one’s life and heart.

It was written for Maud Gonne, the woman Yeats loved for many years and viewed as his chief muse. They never married, although Yeats asked her on several occasions. Joseph Hone, one of Yeats’s best biographers, records that Yeats once commented in a lecture that another of his poems, ‘The Cap and Bells‘, was the way to win a woman, while ‘He Wishes for the Cloths of Heaven’ was the way to lose one.

Seventeen years ago you said
Something that sounded like Good-bye;
And everybody thinks that you are dead,
But I.

So I, as I grow stiff and cold
To this and that say Good-bye too …

Charlotte Mew (1869-1928) was a popular poet in her lifetime, and was admired by fellow poets Ezra Pound and Thomas Hardy, among others; indeed, Hardy helped to secure a Civil List pension for Mew in 1923.

‘A Quoi Bon Dire’ was published in Charlotte Mew’s 1916 volume The Farmer’s Bride. The French title of this poem, ‘A Quoi Bon Dire’, translates as ‘what good is there to say’. It’s a beautifully moving poem about lovers divided but then, the speaker hopes, reunited in death.

Williams wrote several short free-verse lyrics which are among the most quoted American poems of the twentieth century. This one talks up the significance of the ordinary: here, a red wheelbarrow beside some white chickens.

Not conventionally beautiful, perhaps, but Williams alerts our attention to the latent beauty lurking within the most everyday of objects and sights.

Published in 1915, this poem is a classic example of imagism, that short-lived modernist movement in poetry that was active around the time of the First World War.

In five brief free-verse lines, Hilda Doolittle (1886-1961), also known as ‘H. D.’, ponders a mysterious thing she finds in a pool, in a poem that raises more questions than it settles. Beautifully teasing yet elegant, its central image is enticing and memorable.

cummings (note the lower-case letters) was an American modernist and one of the most individual poets of the last hundred years, as the very styling of his name suggests.

This beautiful poem is the shortest on this list, at just four words long – but the art is in how cummings arranges those four words on the page.

‘Lay your sleeping head, my love …’: so begins this, one of the tenderest, and most honest and beautiful, love poems in all of twentieth-century literature.

A modern lullaby for all lovers – gay, straight, young, old. It seems a fine note on which to conclude this selection of the most beautiful and melodic poems in the English language. 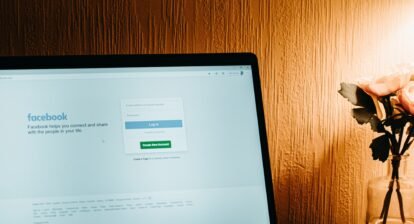 What Is SEO / Search Engine Optimization?